◆ Before explaining the double bottom pattern ◆ Characteristics of the double bottom pattern Bitcoin chart. After confirming the 2nd low, it breaks through the neck line and turns into an uptrend. If interpreted logically, it means that the 2nd low is confirmed, which is interpreted as a kind of support line, meaning that the market does not decline below that level. rise can be predicted. 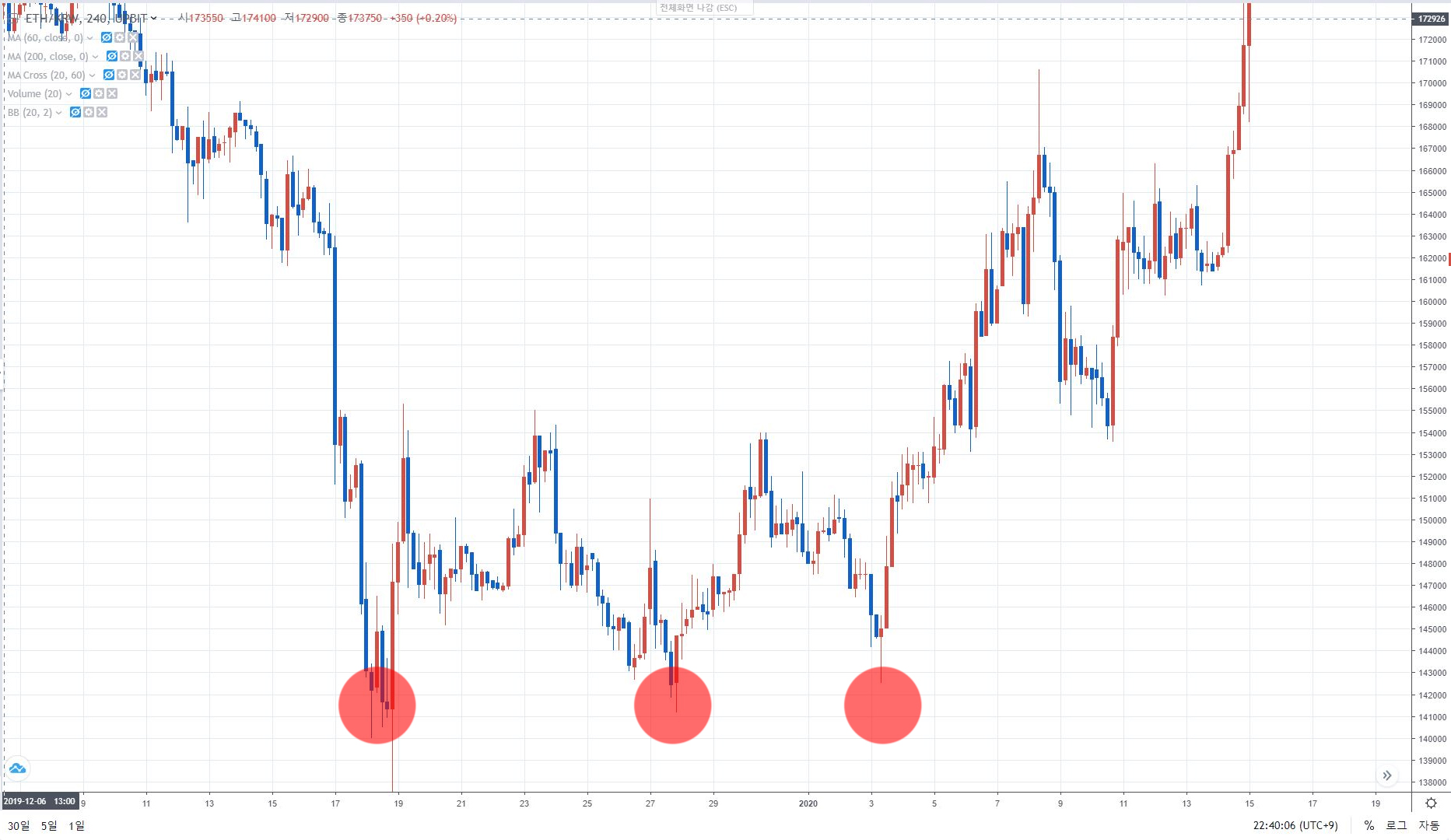