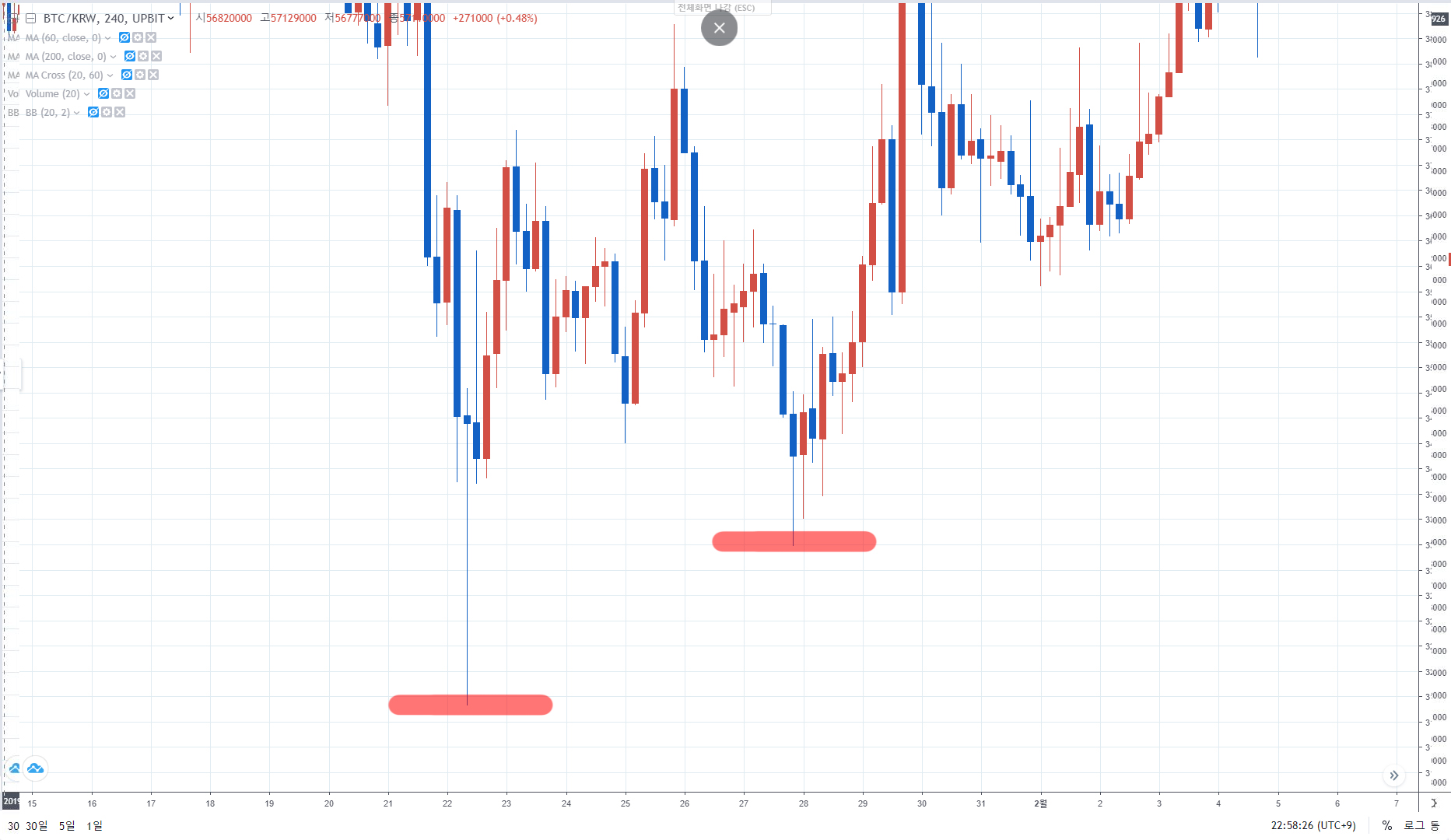 If you hit the bottom twice and hit the second bottom in a pattern called a double bottom or two-bottom, W pattern, and break through the previous high, you trade on the assumption that it will rise significantly.

As in the picture above, when the second floor is higher than the first floor, it is closer to a double-bottom pattern, and the probability of trading success is high as well. 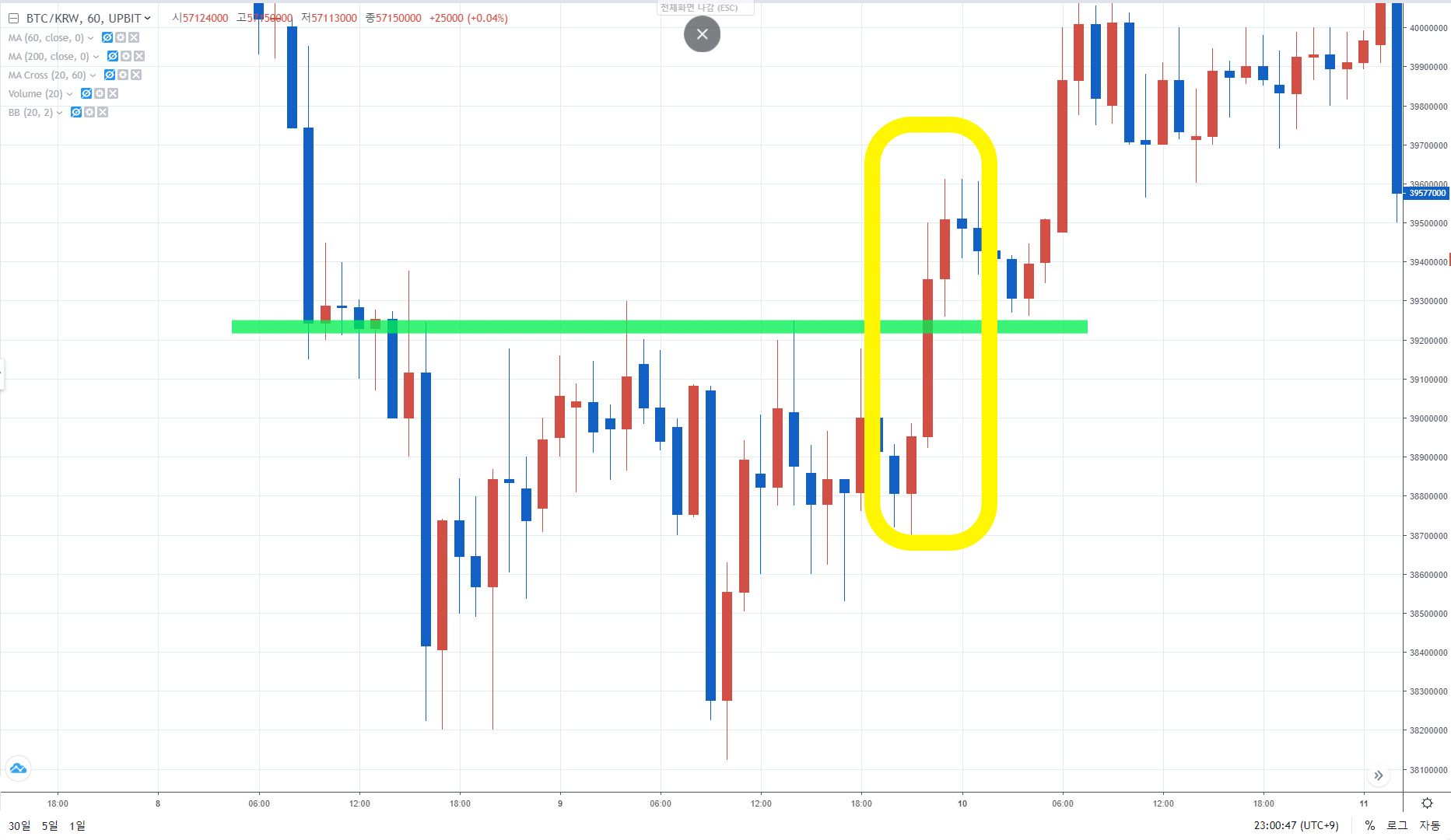 Buying Timing: Timing of a big beekeeper when it hits the second bottom and rises above the previous high 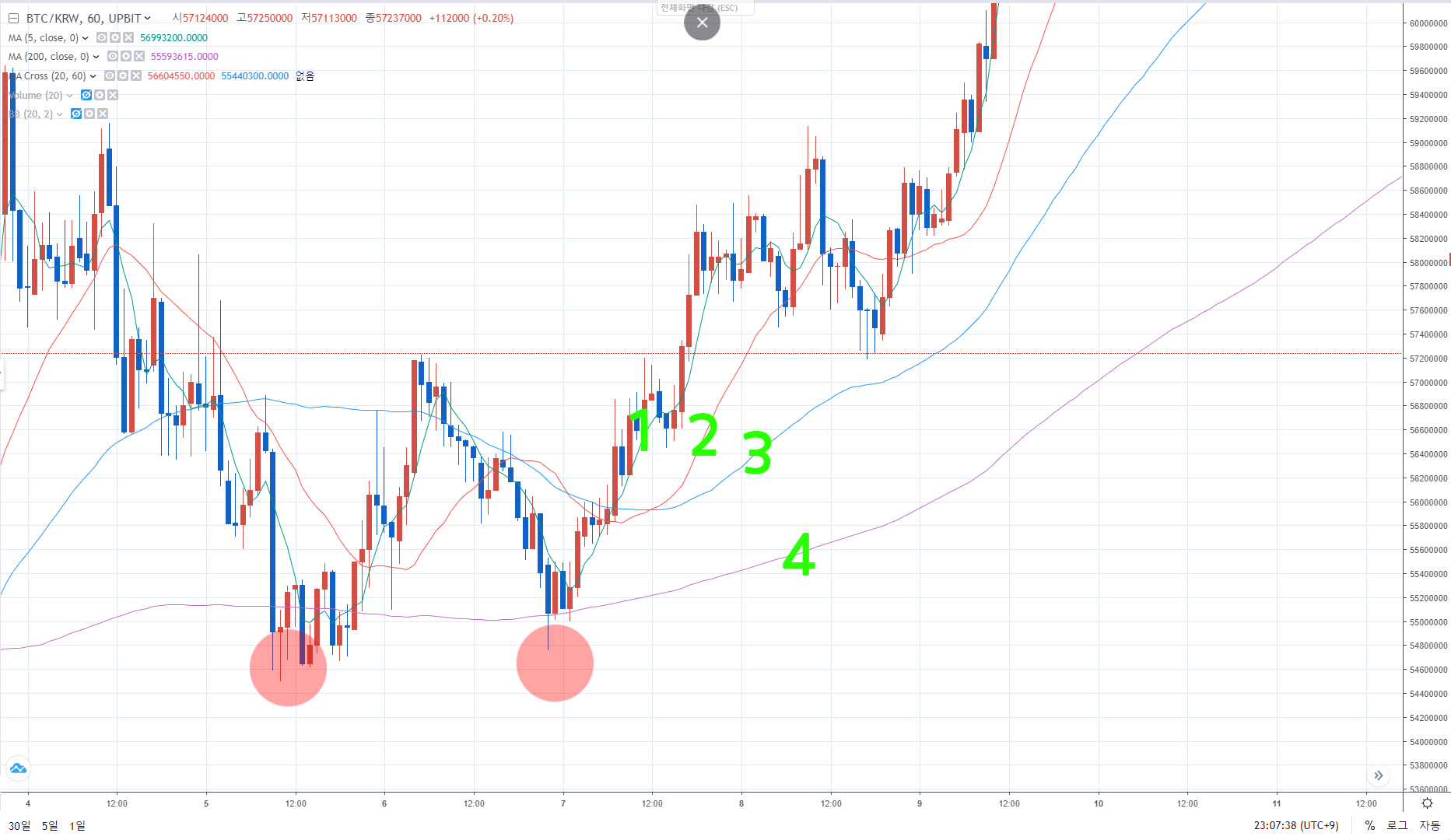 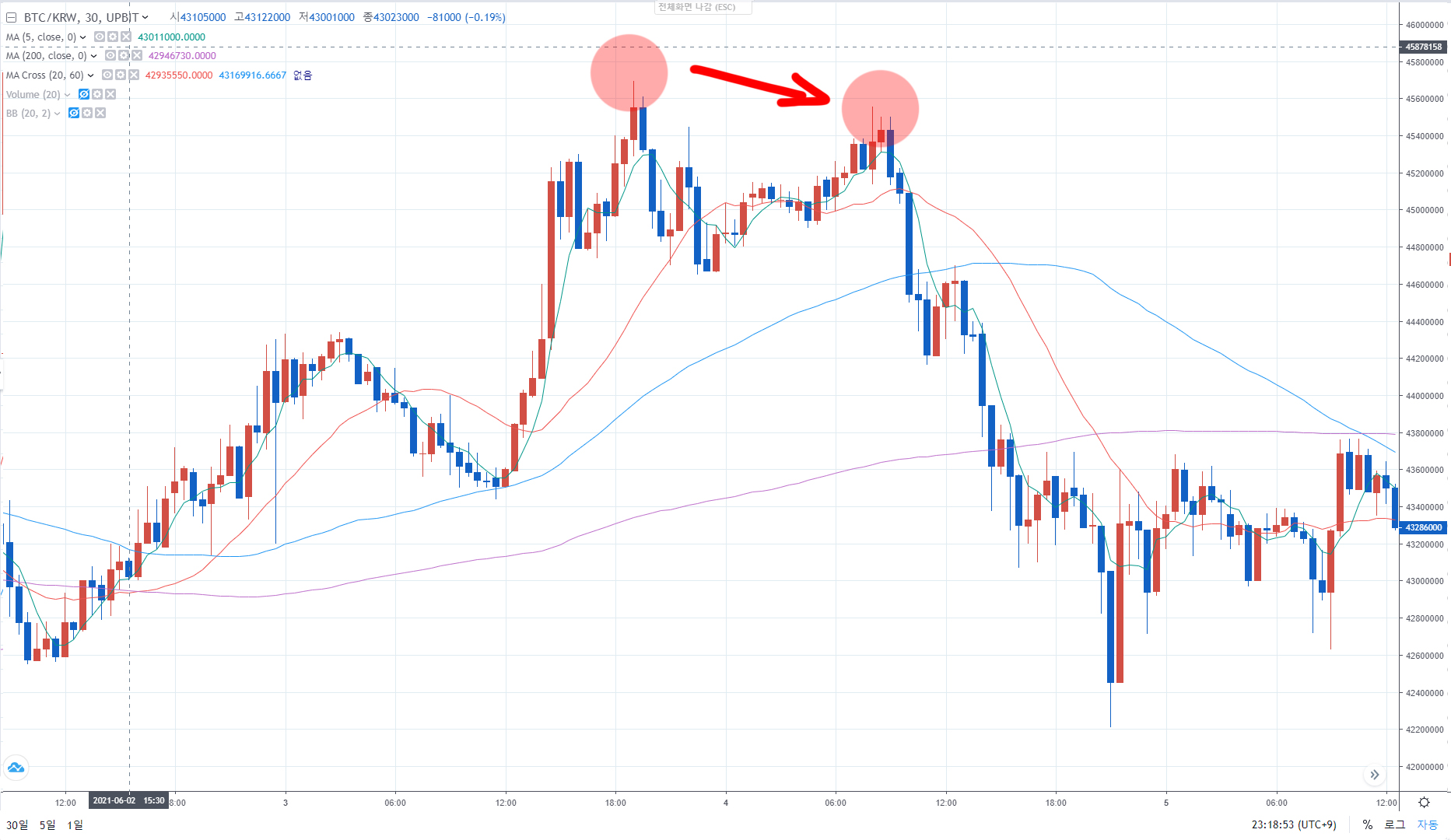 The double peak pattern is traded on the assumption that the double bud (resistance line) is caught on the opposite side of the double bottom and descends and then breaks down the previous low. 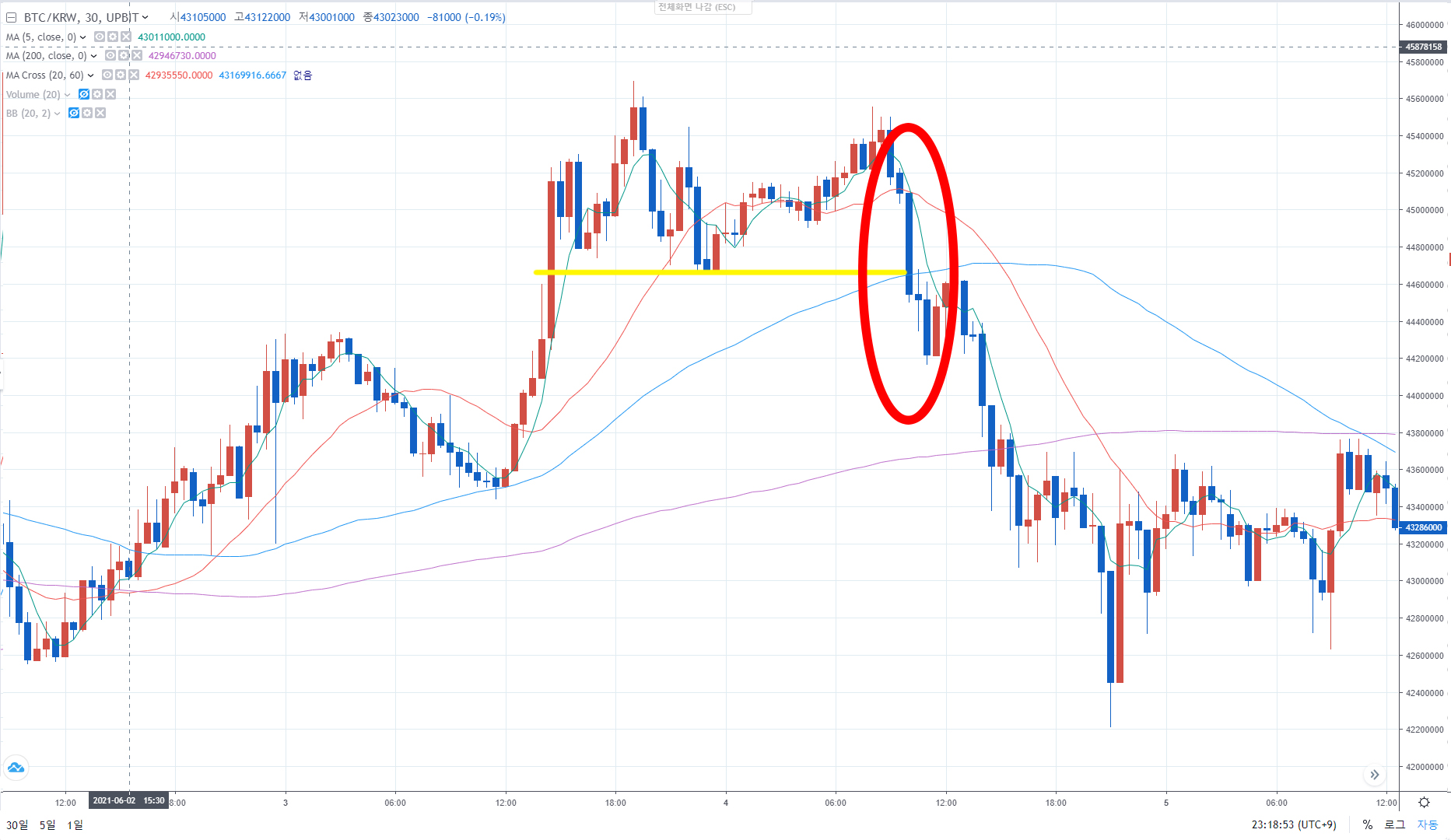 Sell ​​Timing: Sell when a large black bar appears as it descends from the second peak and breaks through the previous low. 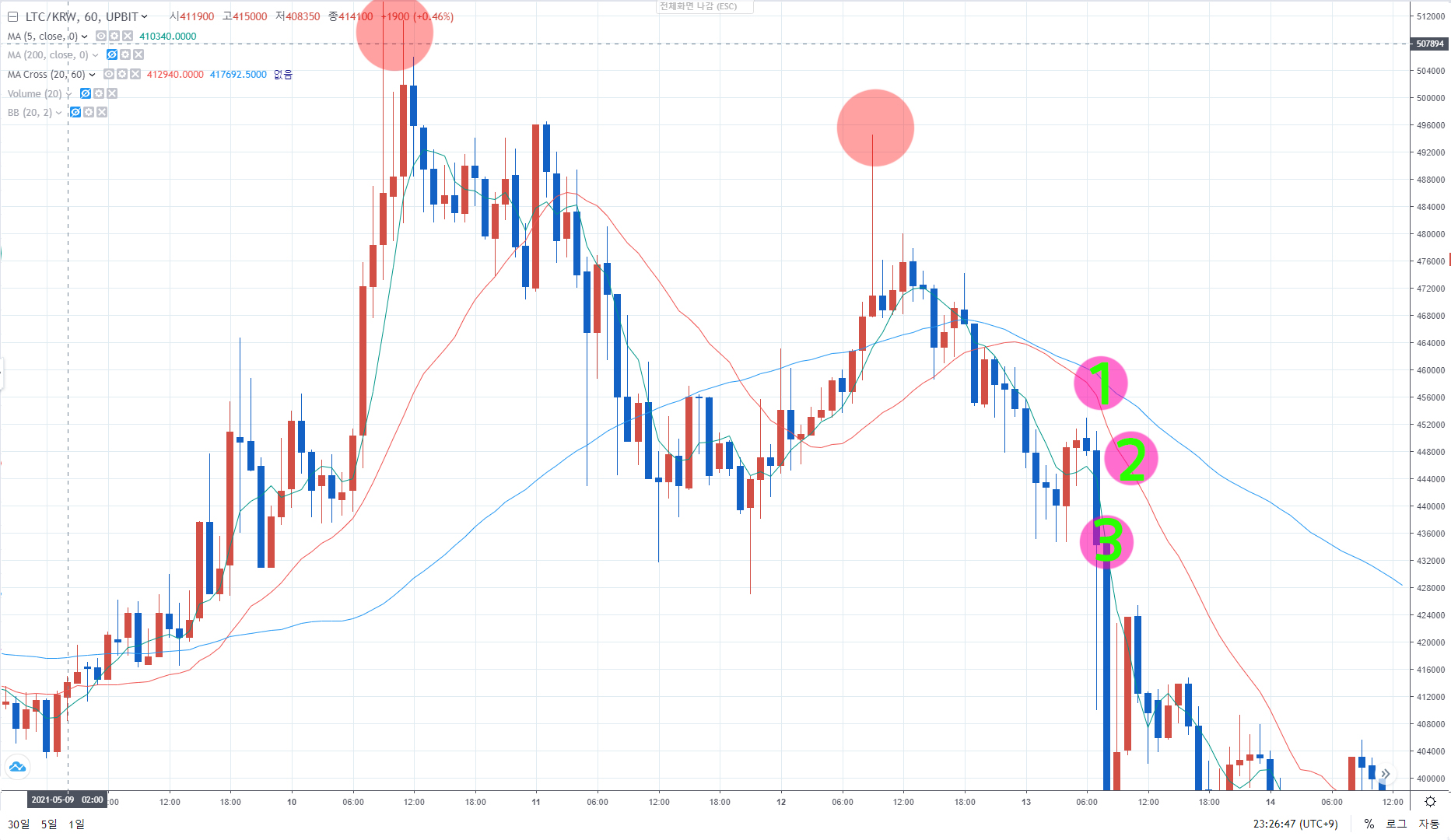 It is more probable if the moving average is inverted in the middle of a negative peak. A slightly higher probability in case of 3 or 4 patterns rather than doubles.