9. What is a Stochastic Oscillator?

The Stochastic Oscillator is an indicator that measures the strength between the highest and lowest price in a specified period.

1. This indicator was developed by William Dunnigun in the 1950s and is an indicator that numerically shows overbought & oversold.

3. Its sensitivity can be adjusted by modifying a) specified period b) moving average condition value.

2. However, since the indicator does not detect a reverse trend, it should be used only at the level of inferring future price movements.

3. The indicator has two lines.

N of the highest/lowest price of N days is a variable.

-Using only K% and D% is called fast stochastic.

-The graph obtained as above has frequent changes and a lot of noise, so instead of just using %K and %D, make a graph with the values obtained from each T-day moving average line. 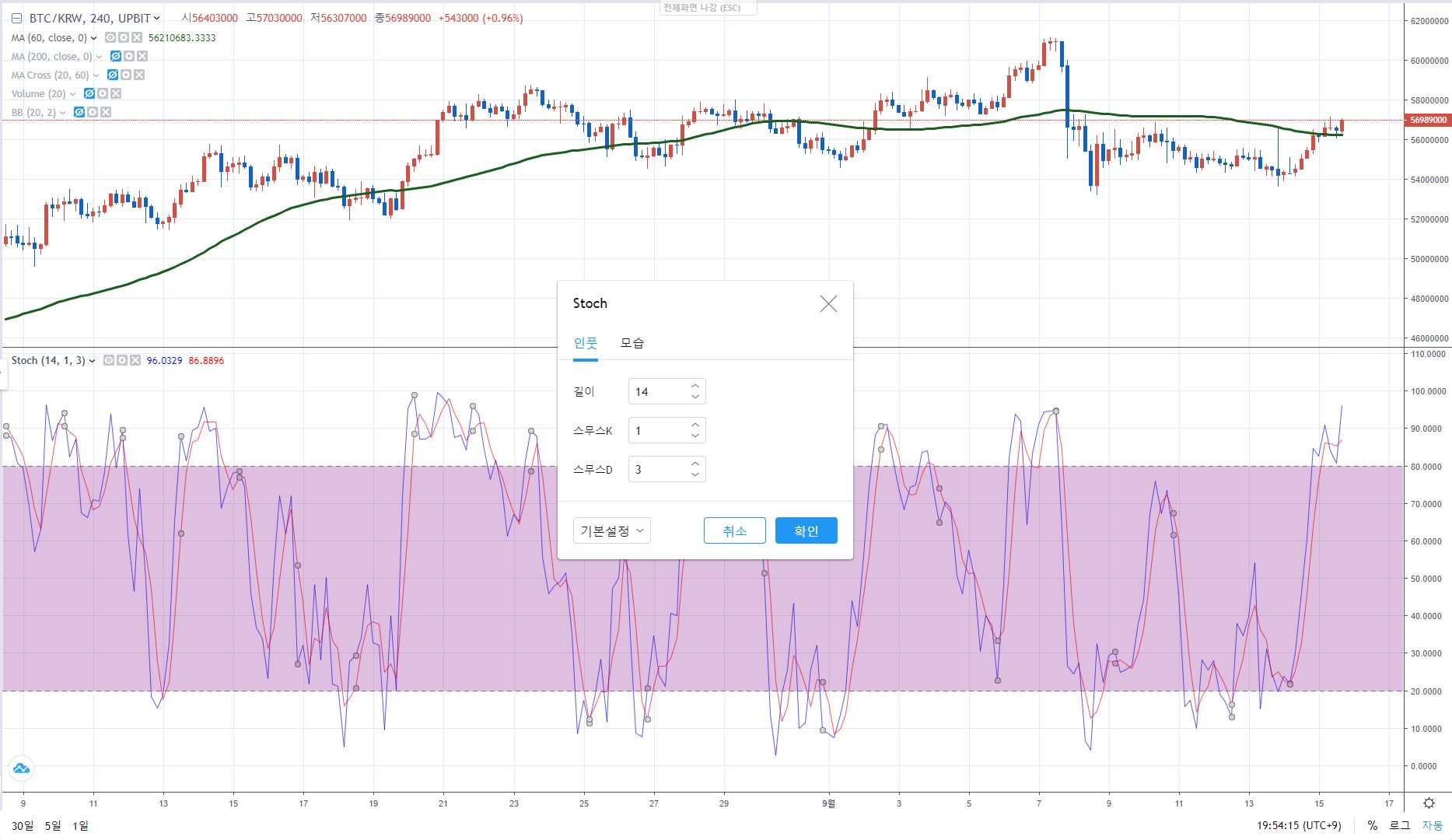 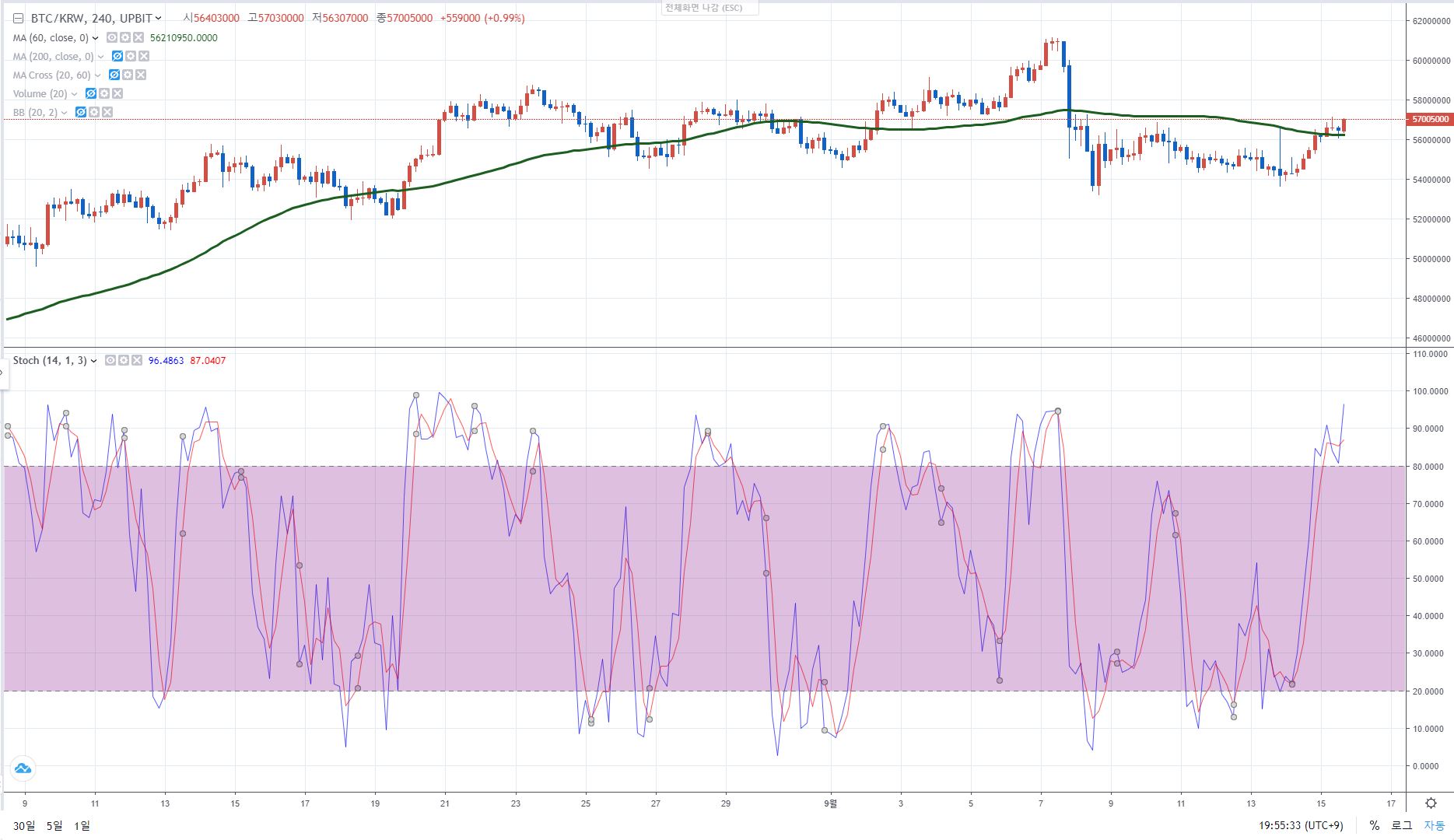 ◆ What is the difference between RSI and Stochastic?

1. Both RSI and Stochastic are technical indicators of momentum based on the price of an asset class.

2. However, the logic behind these two is very different. Stochastic is based on the assumption that the recent closing prices of a given asset class will move in a trend/direction similar to the current price.

3. On the other hand, RSI displays oversold/overbought figures based on the “speed” of price movement.

4. Stochastic can be understood as Direction and RSI as Speed.

5. You can understand Stochastic as a sideways indicator and RSI as an indicator used in a market with a clear trend.

◆ There is also a Stochastic RSI indicator for your reference. 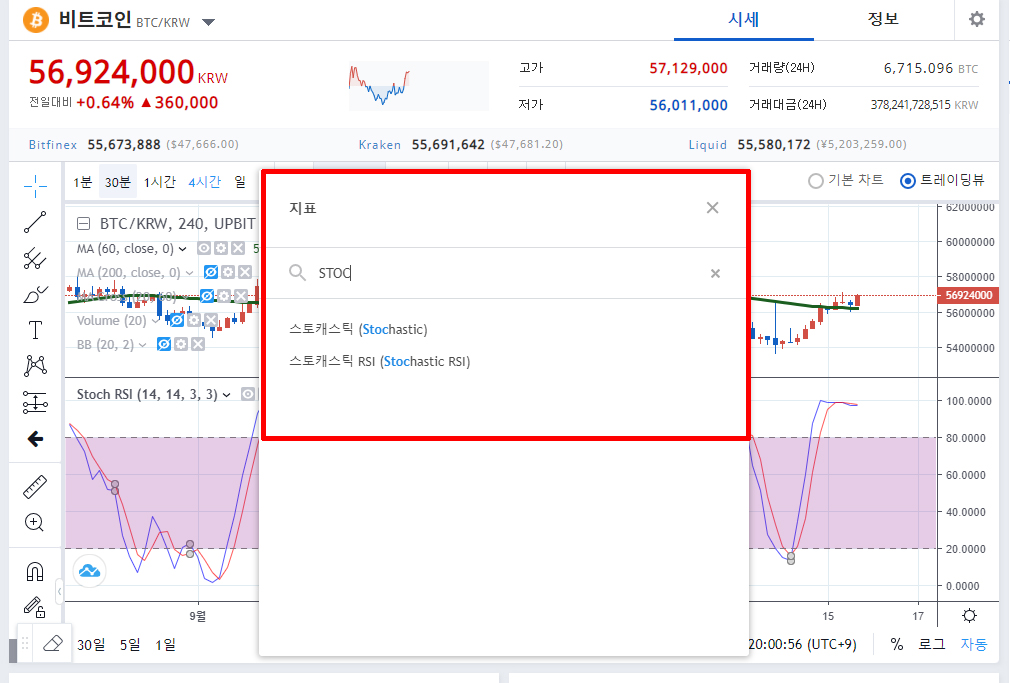 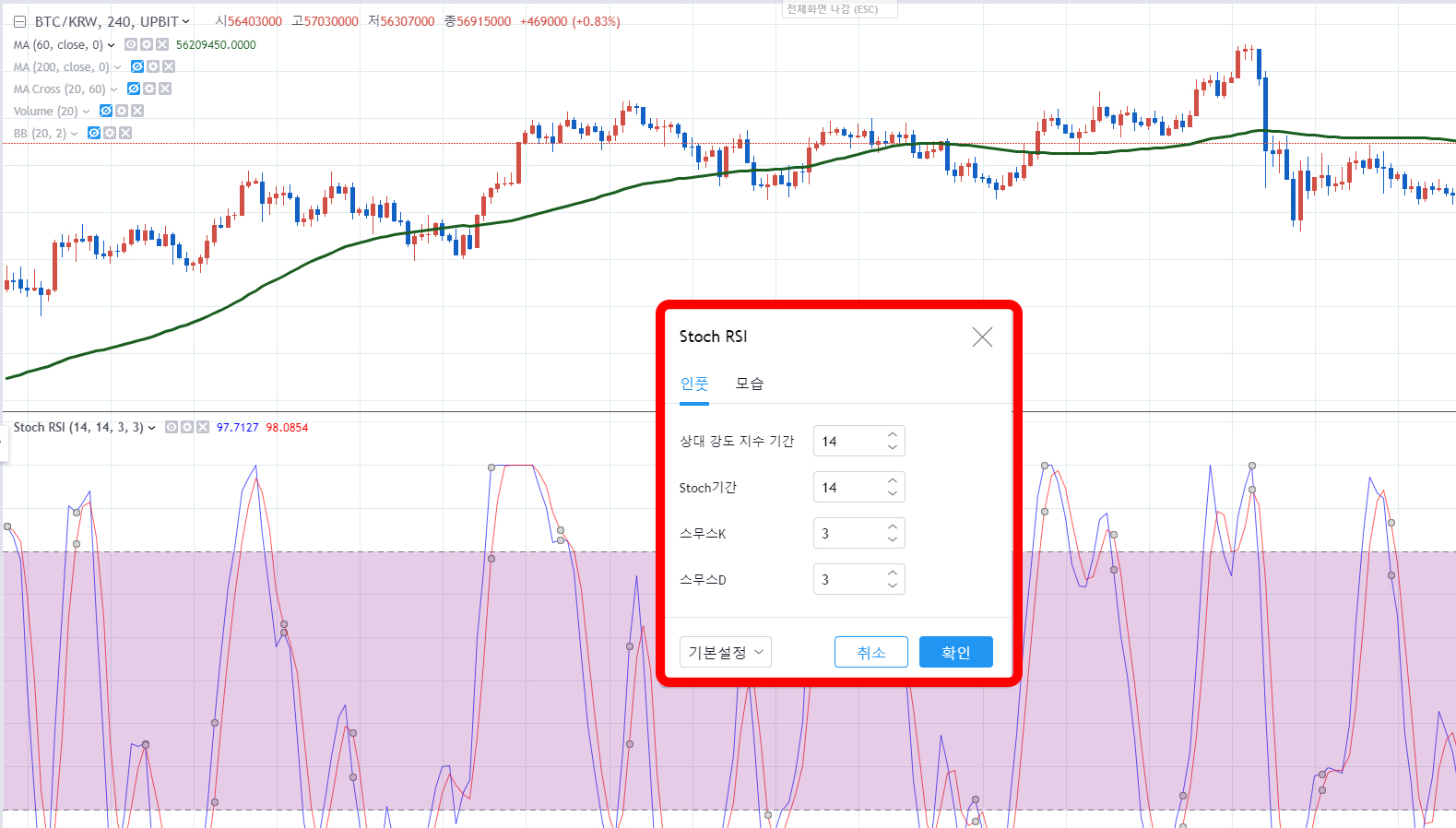